skip to main | skip to sidebar

Cooper is quite the character lately!!! Here are some pictures to enjoy!! so in no particular order


This was at our wards Pioneer day picnic. Cooper saw that I had take my sandals off so he sat down took his sandals off grabbed my shoes and ran off 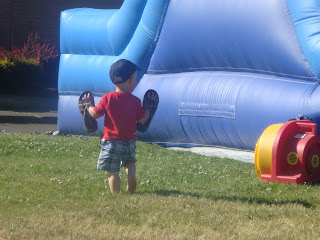 Chris and papa are helping Cooper be even more of a BOY than he already is!! 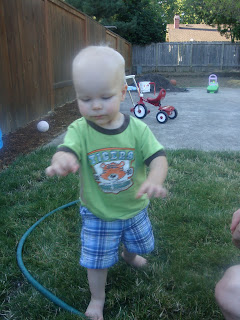 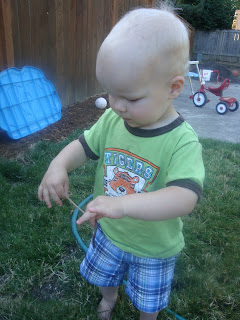 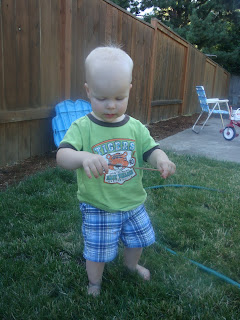 Yes that is a worm that he is holding an pulling apart! He thought it was funny to try and get me with it eeeewwwweee!!


My dad and Chris recently redid the garage. the insulated and put up sheet rock. So of course Cooper had to be right in the middle of the action.
Measuring the board 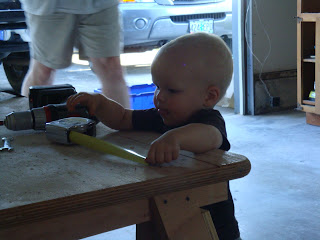 putting up the sheet rock. Chris and my were using drills to put up the sheet rock and cooper kept wanting to use them he was told that they were papa and daddy's drills so he went inside and found his and came out to help!! no one told him to do it!! 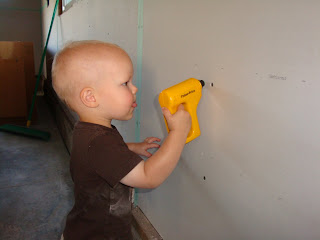 Cleaning up after he was done. This kid LOVES to sweep!! 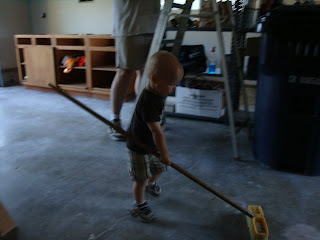 I have been trying forever to get a picture of cooper and I together and he finally was smiling and I don't think I look to bad! 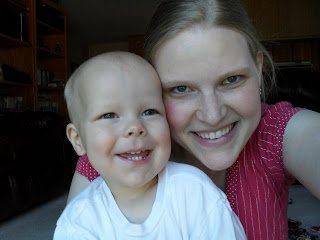 Cooper LOVES to help. when he does he tells us "i good helper" Chris was taking out the garbage so cooper had to get in on it 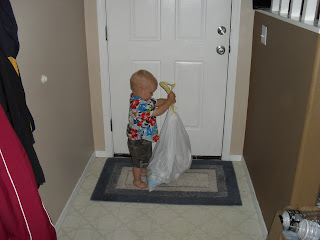 this cracked me up Chris apparently was being lazy and gave cooper the big trash bag and he took the small recycle bag. 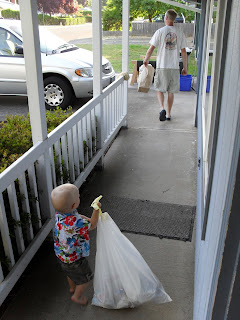 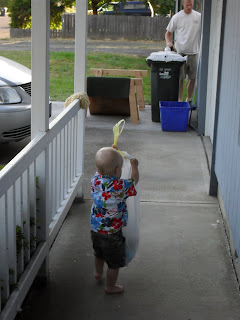 some other things that crack me up about this kid...


Cooper and I ran some errands the other day. One of them was to the bank. I pulled up to the drive through window and as I rolled my window down Cooper says " Chicken nuggets. french fries and sweet sour sauce pease" I told him we are at the bank and will not be getting french fries today he then responded okay sour sauce please . Yes we do occasionally take Cooper out to fast food but I didn't think it was enough that he would know to order when we pulled up to a window or know what to order! this kid is to smart for me!!

Cooper was saying family prayer tonight, he repeats what Chris whispers to him, chris was ending the prayer when cooper didn't repeat what he was saying but instead decided to bless grandpa Jones' cows he wouldn't say amen until chris said bless grandpa's cows!!! It was so funny and cute!!

Posted by The Hanson Family at 9:22 AM 1 comments

The Hanson Family
Chris and I are the proud parents of Cooper. We love to camp, watch movies, and hang out with family. Chris has 1 year left of dental school then its on to a new adventure.